Once upon a time in 2020, the CFMS Jeunes was contacted by the CFMS & the ISSMGE:

A group of six young members of the CFMS Jeunes got together:  Youssef Abboud, Mustafa Ait Ali, Thibault Badinier, Ouarda Boudra, Laura Kerner and Alexandre Lopes. We asked ourselves which techniques, inventors, remarkable structures would be the most representative of the French geotechnical engineering. After a survey with the CFMS board, we decided to select 5 emblematic topics among the French geotechnics:

For each of this topic, you will find a poster, a report and an interview of a major figure in this field. We wish you a good reading and a pleasant discovery of the CFMS Time Capsule Project!

Soil grouting is a group of techniques that aim to reinforce soils and or reduce water permeability by incorporating binder in the soil porosities. Henri Cambefort is one of the most important figures in the development and diffusion of soil grouting methods.

Louis Ménard and the pressuremeter test

Ménard developed an innovative in situ investigation technique that provides both deformation and failure parameters of the ground. More than that, he developed concepts that are the basis of an original school of thought on foundation engineering.

In 1957, Henri Vidal invented Terre Armée on a beach by considering a mix of sand and pine needles which showed much better mechanical properties than the sand alone.

Henri Vidal spent a lot of time and effort in the development of his technique, the patent application and a great research campaign with full scale experimental walls to validate his work. He simultaneously developed a worldwide company which is still growing strong today.
Download the poster
Download report

Is the CFA a French invention? Yes, we can say that! We find the first traces of this drilling process in France in 1963. A first name appears: Mr. BOURG. From there, its development accelerated, with the publication of regulations, the rise of drilling machines and ever greater depth and diameter records for piles. Today, the challenge is to innovate in order to go even further beyond the limits of the CFA.

The French geotechnical engineering is diverse and had the chance to be greatly influenced by brilliant engineers such as Cambefort, Ménard, Vidal, Bourg. It is also very inventive with the development of national projects which allow researchers and engineers to join their experience and knowledge.
We hope that you enjoyed this small glimpse of the French geotechnical engineering! Many other topics could have been addressed: the studies of Cassan, Schlosser or Kérisel, some techniques such as dynamic compaction, soil nailing or diaphragm walls, some outstanding civil engineering structures such as Grand Paris Express or the Channel Tunnel.

Geotechnics is constantly evolving and so is its Time Capsule!

Many thanks to the CFMS Jeunes members for their commitment, their work and their enthusiasm. This project would not have been possible without their input and their ideas.

Heartfelt thanks to Pierre Delage, François Depardon, Fabrice Emeriault, Roger Frank and Nicolas Utter who supervised the CFMS Jeunes team. Their suggestions, contacts, proofreading of our contributions were a big help to complete this project.

A very big thanks to Sukumar Pathmanandavel for his enthusiastic and open-minded management of the ISSMGE Time Capsule Project. 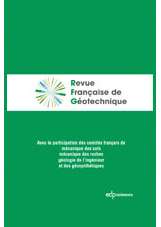 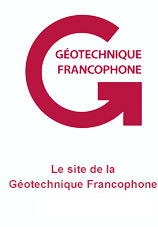 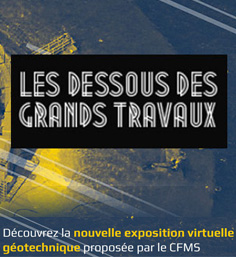